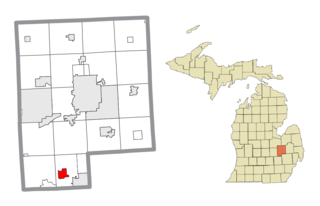 Linden is a city in Genesee County in the U.S. state of Michigan. Linden is a lowland area typical of southern Michigan consisting of marsh, swamplands, previously dredged marl bottom lakes and surrounded by the similar geographic area of Fenton Township, but the two are administered autonomously. Its population was 3,991 at the 2010 United States Census, an increase of 39.5% from 2000.